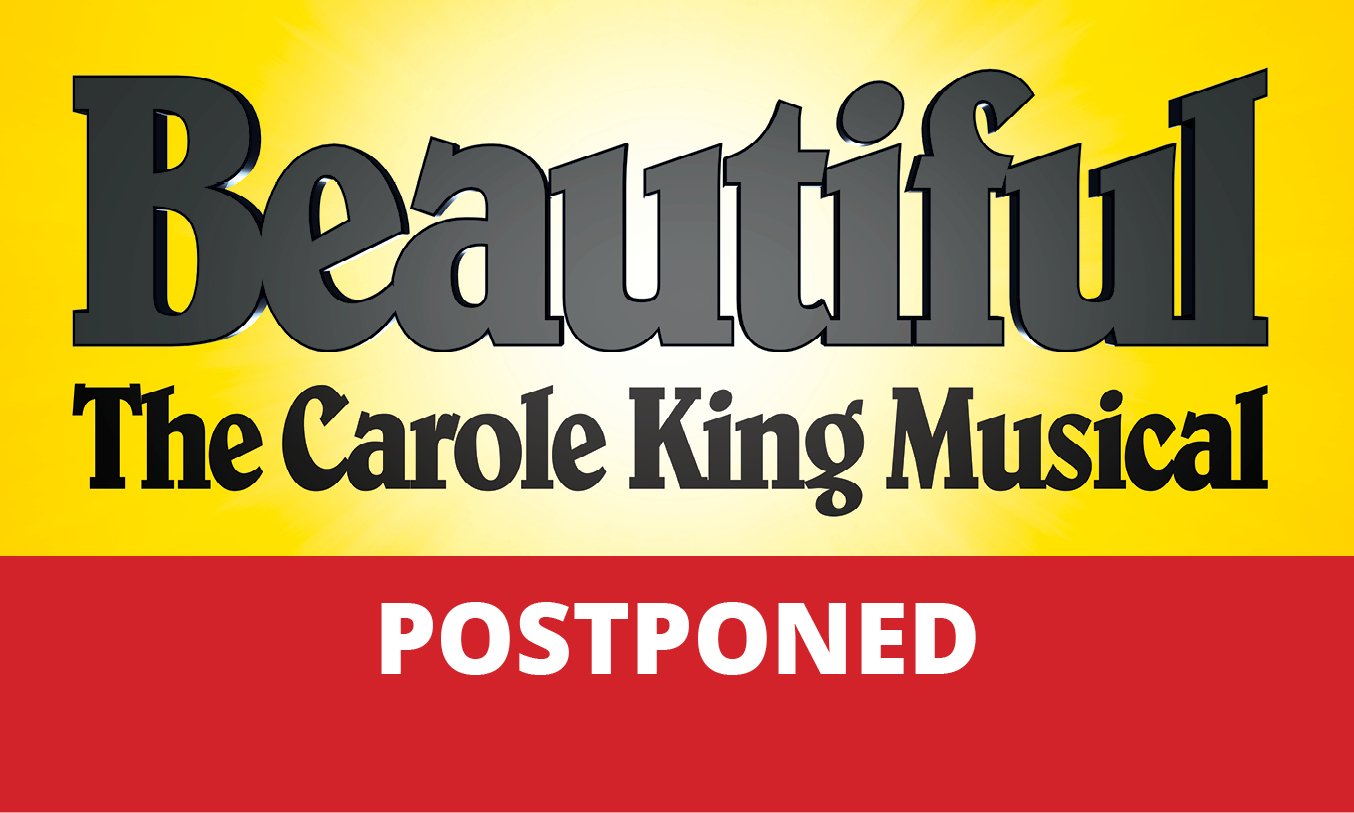 POSTPONED. BEAUTIFUL – The Carole King Musical, originally scheduled for Wednesday, January 13 and Thursday, January 14, has been postponed. We are working to announce new engagement dates as soon as possible, following the tour re-launch in Fall 2021. Ticket holders who purchased for either performance date have been contacted regarding next steps. For any questions, please reach out to the Ticket Office at ticketing@gaillardcenter.org or (843) 242-3099. Thank you for your continued support.

Long before she was Carole King, chart-topping music legend, she was Carol Klein, Brooklyn girl with passion and chutzpah. She fought her way into the record business as a teenager and, by the time she reached her twenties, had the husband of her dreams and a flourishing career writing hits for the biggest acts in rock ‘n’ roll.  But it wasn’t until her personal life began to crack that she finally managed to find her true voice.

Beautiful – The Carole King Musical tells the inspiring true story of King’s remarkable rise to stardom, from being part of a hit songwriting team with her husband Gerry Goffin, to her relationship with fellow writers and best friends Cynthia Weil and Barry Mann, to becoming one of the most successful solo acts in popular music history. Along the way, she made more than beautiful music, she wrote the soundtrack to a generation.

Featuring a stunning array of beloved songs written by Gerry Goffin/Carole King and Barry Mann/Cynthia Weil, including “I Feel The Earth Move,” “One Fine Day,” “(You Make Me Feel Like) A Natural Woman,” “You’ve Got A Friend” and the title song, BEAUTIFUL has a book by Tony® Award-nominee and Academy® Award-nominated writer Douglas McGrath, direction by Marc Bruni, choreography by Josh Prince and took home two 2014 Tony® Awards and the 2015 Grammy® for Best Musical Theater Album.

Please note that for this performance online purchases have a limit of eight (8) tickets per purchase. To purchase additional tickets or to inquire about group sales, please contact the ticket office directly at (843) 242-3099.